How Do I Get Involved in Futsal? 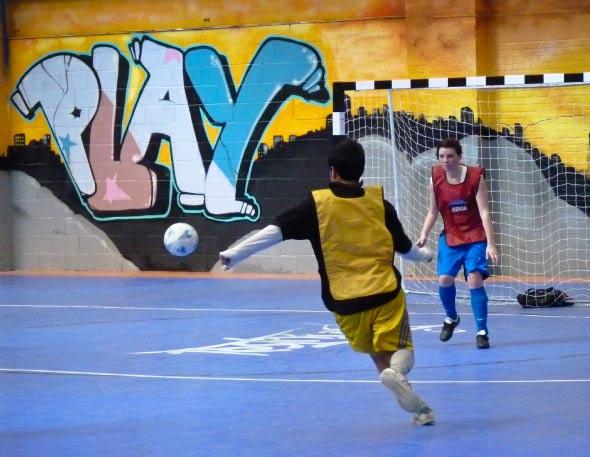 Futsal is the shortened form of football that is currently taking the world by storm. Labelled as ‘the fastest growing sport on the planet’ by Futsal and Education Programmes, the game is played with a smaller, heavier ball, on pitches similar in size to those used in the five-a-side version of the game.

Increasingly used as a developmental tool for youngsters in Premier League academies, futsal is a game that relies on retaining possession, protecting the ball and technique – which is why more and more coaches are using it to improve the touch and control of players at an early age. Futsal and Education Programmes are teaming up with a growing number of professional football clubs to deliver coaching courses that have the potential to give young people a pathway into an exciting career. And getting involved is surprisingly easy.

Many children struggle to decide which professional path to take once they complete their GCSEs. Many turn to further education, apprenticeships or employment simply because they don’t know what they want to do with their lives. For youngsters who are interested in a career as a football coach, the growing phenomenon of futsal could represent a great route to a career as a professional coach, player or referee.

Futsal apprenticeships are available for youngsters aged between 16 and 18. They are delivered in conjunction with professional clubs in England, including Portsmouth FC, Hull City and Exeter City. These full-time courses are vital pathways into the world of futsal, and they can give youngsters lucrative careers in either a professional or community setting.

A futsal apprentice will study towards both an NVQ Level 2 and Functional Skills Level 1. There are no formal qualifications required for eligibility – other than real passion and talent for the sport of futsal. The course lasts for 24 weeks, and it includes the tuition of a range of essential life and coaching skills.

All students are expected to complete Functional Skills Level 1 in both English and mathematics, which include reading, writing and arithmetic. Students then go on to study towards a Level 2 qualification in ‘Increasing Participation in Sport and Active Leisure in Community Settings. An NVQ Level 2 certificate in Activity Leadership will be issued to all successful students. A level of proficiency in preparing and leading coaching sessions, as well as managing the health and safety of players, will need to be demonstrated before students can receive their formal qualification.

The scholarships provided by Futsal and Education are viewed as a viable alternative to A-levels. They are designed to provide students with the experience and qualifications needed to succeed in a career as a professional coach. However, they are also for students who plan to attend university at some point in the future. These scholarships are prestigious and highly sought-after, and they are often the springboard to careers in coaching, refereeing or playing at professional clubs.

A Futsal and Education scholarship is a two-year course. All entrants must be in possession of at least 4 GCSEs (or the equivalent) – two of which should preferably be in English and maths. Successful students can expect to go on to study at university, find employment as a futsal coach, qualify as a referee or become a professional futsal player.

All students study towards a Level 3 BTEC National Extended Diploma in Sport. This is considered to be the equivalent of three A-levels, and most universities will use it as the basis for admission. Also included as part of the scholarship programme is a beginner’s guide to coaching futsal, a Level 1 coaching qualification and a Level 1 futsal referee qualification.

Studies are split into two years. Among the subjects covered are physiology, risk assessment, fitness training, nutrition, technical skills, sports coaching, performance analysis, instructing physical activity and sport as a business. A combination of classroom learning and practical experience, the scholarship programme is ideal for young people who are thinking of a career in futsal, but who want to keep their academic options open. Students also get the opportunity to play regular competitive fixtures in the Football League Trust Futsal League.

More and more professional clubs are signing up to the Futsal and Education programmes all the time, but competition for places is fierce. All applicants must complete an online application, and then attend a special presentation event. There will then be a formal trial, during which candidates must demonstrate their skill and passion for the game. But with the right attitude and a commitment to hard work, Futsal and Education Programmes could be the springboard to a long and lucrative career in the sport.