Why the PFA Visited Brazil Recently 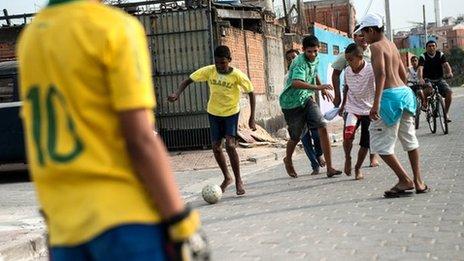 As England faces at least another decade in the second tier of international football, the footballing authorities continue their search for answers. In January 2015, this search led to the PFA visiting Brazil. Although the South American country has major social and economic problems to deal with, the conveyor belt of talent it produces is regarded as the driving force behind the most successful national team on earth. Can English clubs and academies learn anything from the Brazilian way? Or should they be concentrating on the strengths that define the English game?

Although Brazil was recently humiliated at its own World Cup, there is no denying that it has been the most successful footballing nation on earth for decades. The country’s stunning achievements over the years have been attributed to the culture amongst young players, which is why the FA and the PFA have visited the country several times in recent years.

Rather than assess the detail of the coaching system being employed in Brazil, the PFA team wanted to take a closer look at the playing culture – and the delegates were surprised at what they discovered.

One of the main criticisms levelled at the youth system in England is the amount of football being played. However, Gordon Taylor was surprised at just how much football is played by Brazilian youngsters – on a daily basis. Indeed, many of the children in Brazil are playing four times a day, and without complaint. Nine-hour days involving long commutes to local clubs using rather unreliable public transport are commonplace in most parts of the country. But rather than cause exhaustion amongst youngsters, it seems to cultivate an ethos of determination and character.

Another of the criticisms levelled at the youth system in Britain is the dearth of coaching talent. However, there seems to be a degree of autonomy for youngsters to enjoy in Brazil. The PFA delegates reported witnessing training sessions lasting up to two and a half hours – during which the coaches intervened only when necessary.

Among the many differences identified in the Brazilian youth system was the reliance on Futsal as a developmental method. This more compact version of the game is simply part and parcel of growing up for young footballers in Brazil. The game forces youngsters to develop their technical skills, but also their tactical savvy. And at a time when street crime in the country is at an all-time high, anything that gets kids off the street like Futsal does is being embraced by coaches and clubs alike.

Of course, poverty and crime are rife in the favelas of Brazil, but it is this poverty that serves as the motivation for many young players up and down the country. The PFA delegation had to negotiate entry into these inner-city slums in order to see how the game is being played in the most poverty-stricken areas of Brazil. Drug dealers rule these streets, yet it seems football is the one thing that unites local populations. Indeed, many of the country’s largest clubs hold open trials in the favelas in search of precocious young talent – in return for food and fresh water in many cases.

The PFA also discovered that many youngsters were travelling for more than six hours in order to get to matches. This arduous life, along with the fear of having to return to the favelas they were brought up in, is undoubtedly what gives Brazilian players their focus and professionalism. Along with a clear focus on technical skills and tactical awareness, this is what defines the youth system in Brazil. Kids are forced – and in many cases encouraged – to think for themselves on and off the pitch. This is most definitely a culture of fear and poverty, yet it spurs so many youngsters on to success on the international stage. Would this approach work in England? Probably not – but it’s food for thought.

Despite a long and illustrious history of World Cup success, the leading coaches and decision-makers in the Brazilian game are taking an increasingly pragmatic approach to the future. They believe that a combination of the Brazilian way and European principles of youth development will secure another century of international dominance. If they’re right, the rest of the world had better watch out!