How to Stay Hydrated During a Football Match 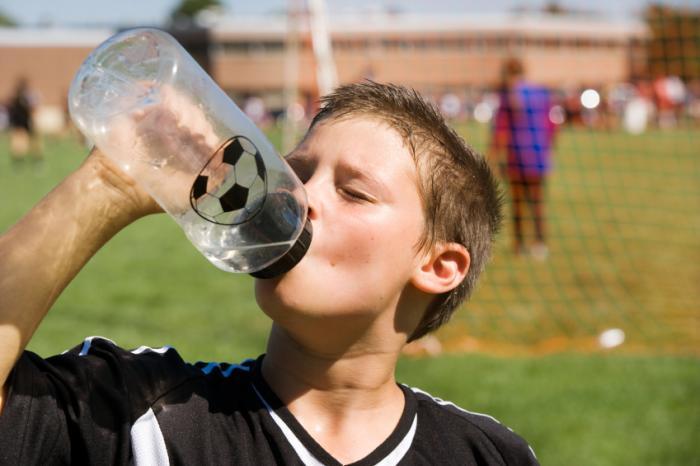 Performing at your very best for a 90-minute football match is impossible unless you are in the right physical shape - which, in part, means staying hydrated at all times.

Match day hydration is one of the most important factors in your ability to perform, and not taking on enough fluids - both before and during a match - could mean you run out of steam very quickly. But how do you know when you’re properly hydrated? And is it possible to drink too much water in preparation for a match?

Think of hydration as a continual process

The simple truth is that hydration for a match day is a continual process. If you aren’t looking after yourself during the week before the big game, you’re likely to struggle in the heat of match action. During a normal day, you should aim to consume between 2 and 2.5 litres of fluid each day - this can come from a combination of food and drink. Most experts agree that drinking around 2 litres of water every day is a reasonable target to set.

However, sweating during training and match action can leave you needing replacement fluids. Listen to your body during training sessions. If you’re eating well and generally in good shape, feeling tired prematurely could be a sign that you’re dehydrated. And allowing this situation to continue throughout the week before a match could make rehydration very difficult. And remember: caffeine and alcohol are diuretics, which means they can hasten the dehydration process and leave you feeling weak and tired.

Make sure you are sipping on water continually throughout your training sessions; a good coach will ensure that there are several opportunities to take on water during training. In reality, you probably won’t drink more water than you lose through perspiration, so it’s important to fully dehydrate after every training session.

Drink little but often during matches

The average footballer will cover between 8 and 12 kilometres during a match, and it is not unusual for a particularly active player to lose up to a kilo in weight through dehydration. As most footballers are already fit and a healthy weight, this is temporary weight loss, and it must be addressed as quickly as possible.

As a quick rule of thumb, you should weigh yourself before a match, and then again after. You should try to consume around 1.5 times more fluid in litres than the weight you lost in kilos.

Say you lost a kilo during a match (which is highly likely over the course of 90 minutes). You should aim to drink around 1.5 litres of water or isotonic fluids during the two or three hours after the final whistle. You will know when you are fully rehydrated, as your urine will go from a particularly dark yellow to light yellow.

During a match, it will obviously be more difficult to take on water, so make sure that you have a filled water bottle at the ready. Take the opportunity to take a drink during breaks in play for injuries, set pieces and disciplinary issues. If you take throw-ins or corner kicks, for instance, place a bottle close by in order that you can take a quick gulp when the opportunity presents itself.

It is important to remember that sweating results in far more than just water being lost from your body. Essential minerals will be lost too, which is why drinking isotonic drinks might deliver faster and more noticeable results. Sports drinks will often give you a quick supply of electrolytes and carbohydrates too, which could deliver a quick energy boost as well as effective hydration.

As long as you have remained properly hydrated during the days before, the best thing you can do during a match is to take small but regular sips of fluid. It is estimated that player performance can drop by up to 10 percent when the body is dehydrated. When you sweat excessively, your body temperature rises - which can make physical activity more laboured. This is when your concentration levels drop, and you start making mistakes or falling behind the pace of the game.

Remaining hydrated throughout the 90 minutes of a football match requires a healthy lifestyle, drinking around 2 litres of fluid every day and replacing lost fluids as quickly as possible. Put simply, the longer your body is hydrated normally, the longer you’ll be able to perform at the peak of your physical capabilities.