Professional Pre-Season Training Tips You Can Use at Your Club 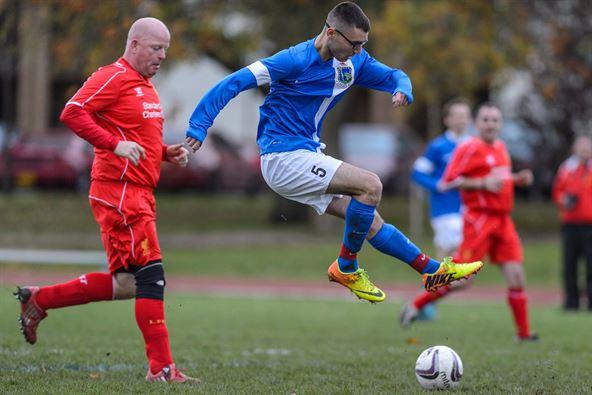 It’s finally July again. The barren month of June is often hard for amateur footballers. There’s no football on the telly, and even less in the community. For committed and enthusiastic players, the summer is torture.

Anyone who regularly plays the game at a reasonable level will know how exciting the first day of pre-season training is. However, excitement usually turns to exhaustion and regret when the road to fitness begins.

If you’re about to start your own pre-season preparations, here’s an insight into what the professionals go through… for added motivation.

Shift excess weight and getting match fit requires an intensive programme of training. So much so, Premier League players will train up to three times a day in preparation for pre-season friendlies. There are lots of small-sided games, sprints and shuttle runs, as well as time in the gym and the pool.

Nutrition is hugely important during the pre-season. Professionals tend to drink protein shakes a lot during the early stages, as their muscles require a little extra help to recover. A very popular breakfast amongst the pros is salmon and poached egg (with a glass of orange juice), which delivers most of the essential nutrients the body needs, but doesn’t lie too heavy on the stomach.

The bleep test is very important

Even the most dedicated professional footballers dread the bleep test. However, it is highly effective at increasing fitness levels quickly. It also gives coaches an idea of the fitness level each player has returned from the summer break with.

Particularly during the early stages of pre-season, lots of short, sharp running is preferred by professional coaches, rather than distance runs. ‘Four-four’ sessions involve four minutes of fast running, followed by four minutes of walking. This is repeated for up to half an hour in order to build cardiovascular fitness quickly.

Prepare for pain the day after

Even the most athletic of professional footballers feel the effects of pre-season training sessions the following day. Physios really earn their keep during this time of the season — stretching out muscles, repairing tiny tears and getting lactic acid moving. While you may not have a crack team of physios at your disposal, you should always start the day with some gentle stretches. However, a degree of muscle pain and stiffness is unavoidable.

Playing matches is the best way to build fitness

A good pre-season for professionals begins with lots of running. However, match fitness isn’t really achieved until players have a few reasonably competitive matches under their belt. If you’re in charge of your team’s pre-season, make sure you have a few friendly matches scheduled at regular intervals.

Players have their own training plans

Professional footballers are given their own training plans, based on issues such as weight, fitness, injuries and tiredness. While managing your pre-season with this level of precision might be out of the question, it’s always a good idea to monitor the progress of individuals, rather than the group as a whole.

Professional footballers are often perceived as fun-loving jokers who like to muck about on the training pitch. Of course, there is an element of this, but the first two or three weeks of pre-season are no fun at all. The whole atmosphere is businesslike. And let’s face it, running until you throw up isn’t anything to laugh about. Once fitness levels are where they need to be, things begin to lighten up a little. If your team is laughing and joking a little too much during the early stages of your pre-season, you’re not pushing your players hard enough.

Most professional coaches and managers like to get their transfer business out of the way as soon as possible during pre-season. Players need time to bond and develop trust, which isn’t easy if players are arriving at different stages of the summer. While hard work on the pitch is a priority, professionals also get leisure time together at the training ground. Some play darts or video games, while others simply watch sports on TV. The important thing is that players become familiar with one another. Friendships and trust amongst your players are important if you want to get your season off to the best possible start.

While your club won’t have the resources available to Premier League clubs, there’s no reason why you can’t use the professional approach to pre-season preparations as your inspiration.