What is Resistance Training? 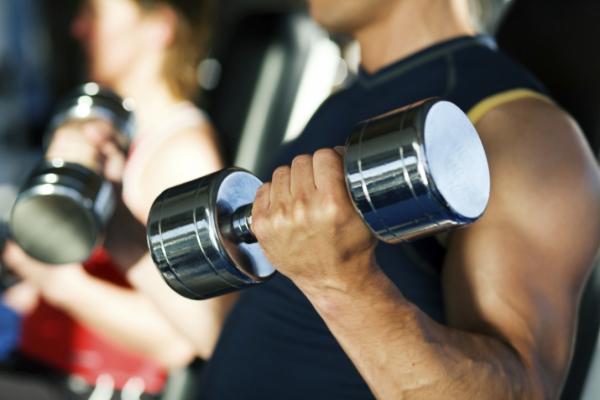 The modern footballer needs to take a comprehensive approach to fitness and conditioning, which is why resistance training is fast becoming an intrinsic part of the game. However, there are some widely held misconceptions about the benefits of resistance training, and about the various techniques involved. With a sensible schedule in place, and the right techniques, footballers can improve their strength and stamina for a more complete performance on the pitch.

Resistance training has the potential to increase a player’s core body strength power, muscular endurance and balance – but only if it is performed in the correct way. The most common form of the discipline involves lifting increasingly heavier weights as the body becomes stronger. Particularly for older players, this form of exercise is very important, as the ageing process usually involves the natural loss of muscle mass.

A lot of players are reluctant to include resistance training as part of their weekly regime, as they believe it involves bulking up through the repeated lifting of weights. Whilst weightlifting is one way to increase core body strength, bodyweight exercises are more widely used within the professional game. Whether it’s doing press-ups, sit-ups or squats, players use their own weight as resistance for key muscles groups. Some players find that the use of elastic exercise bands provides a more flexible approach to resistance training than dumbbells and fixed weight machines. But in order to get an all-round workout, the professionals do a little of everything throughout the course of the average week.

What are the benefits of resistance training?

A sensible regime of resistance training – aimed at all the major muscle groups – can help footballers in a number of ways. The ability to shield the ball from other players, to wrestle the ball away from the opposition and to remain strong for an entire 90 minutes requires hours of resistance work, but the health and performance benefits that are possible can be significant.

As muscles become denser and more toned, they require more calories to perform their basic functions. It is thought that every extra pound of muscle acquired requires another 50 calories per day, which means weight management become far easier. Indeed, strong and toned footballers will usually burn more calories during sedentary periods of the day than their weaker teammates.

A stronger, more toned body can reduce the risk of injuries throughout the course of a long season. As muscles become stronger, various postural issues can right themselves over time. Lower back problems, abdominal injuries, hernias and rounded shoulders can all be caused by poor posture, which is why conditioned muscles are essential for any modern footballer.

Increased strength on the pitch

Footballers are generally fitter and stronger than ever before, and that means strength and conditioning work simply can’t be ignored. The core body strength that can be acquired through regular resistance training can help players with their balance, and it can also give them the ability to stay on their feet (and on the ball) when challenges fly in from opposition players. In fact, increased strength can develop every facet of a footballer’s repertoire – from sprinted to shooting.

How much resistance training should a footballer do?

While resistance training should be a vital part of any player’s training regime, is should be limited to around 90 minutes per week. And for the best results, this should be split into two 45-minute sessions. The benefits of resistance work will begin to diminish after 72 hours, so it’s always a good idea to spread sessions evenly throughout the week. Where time constraints make this difficult, a cardiovascular workout can be combined with resistance work through circuit training.

Resistance training should be targeted at all the major muscle groups

A lot of amateur players make the mistake of working on the muscles they see in the mirror at the gym. But to reap all the benefits of resistance training, it’s important that all the major muscles groups are put through their paces. So, players who spend time on their pectoral muscles should balance that out with an equal amount of work on their upper back and shoulders. Similarly, round of sit-ups should be followed up with some exercises for the lower back.

A strong and toned body can improve every aspect of a footballer’s performance. Players who spend 90 minutes per week on resistance training should be able to develop both their general fitness levels and their overall game over time.

All of the equipment used for Resistance Training can be purchased from our Strength and Resistance Equipment Section.