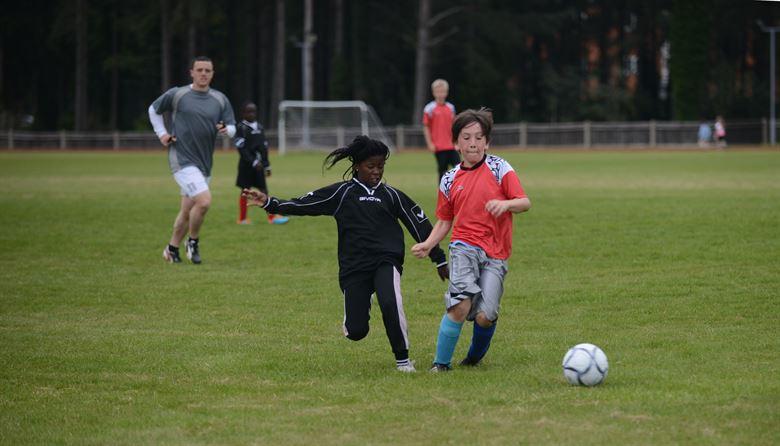 Unless you’re involved in the business side of grassroots football, you probably don’t realise how expensive things can be at this level. After all, you wouldn’t necessarily think that some young people kicking a ball around on some grass would be all that costly. But when you delve into the figures, you might begin to wonder how so many grassroots clubs are still open for business these days.

While more money has been forthcoming from the government, the FA and the Premier League, it’s still nowhere near enough. Municipal pitches are still being sold off at an unsustainable rate, and young males continue to leave the game in their droves.

The real cost of running a grassroots football team in England

Before breaking down the costs, it’s important to make the point that, in many cases, the most subscribed football clubs are often located in the poorest areas of the UK. While these costs may not appear excessive, some of the parents sending their kids can barely afford to cover the basic costs of living.

The average cost of FA affiliation for a grassroots football club is £80, and entry to the average local league is around £90 — per team. While this isn’t all that much for a club that provides organised football for up to 100 children, it’s money that must be found every year, before the costs of actually kicking a football around are added.

Calculating the average cost of a grassroots pitch is much harder. These costs can vary greatly, depending on the local authority or pitch provider. However, most clubs will need to find a minimum of £500 for the privilege of playing on a pitch two or three times a week. Sadly, there are now teams that are paying well in excess of £1000 per year.

A large club with several teams can spend up to £1000 per year on kit — although most clubs get by with hand-me-downs and the generosity of parents. A set of footballs including match balls and training balls isn’t all that expensive, as there are some good products out there for as little as £6 each. However, when 40 or 50 balls are needed every year, this represents a significant outlay.

And there are so many other smaller, less predictable costs involved in the running of a grassroots football club. For example, teams have to contribute to the cost of match officials at around £25 to £35 per game. Training equipment, matchday drinks, changing room hire, transport and the costs of complying with the FA’s regulations all add up.

A large club may have to find well in excess of £10,000 a year just to get all their teams playing regularly. As most of this cash is usually generated by goodwill and increasingly impoverished parents, it’s not difficult to see why so many teams and clubs fold every year.

The reality of the grassroots funding crisis bites

All this talk of funding crises suggests that vast amounts of cash are required in order to get young people playing football regularly — but nothing could be further from the truth. Take Wandsworth Borough FC as a prime example. The club runs seven reasonably successful teams across several age groups. However, the number of adults playing for the club has decreased substantially in recent years. An FA grant of just £750 was enough to help the club’s administrators develop their various adult participation initiatives.

The money was needed to plug a gap in the club’s finances — a gap caused by the increasing costs of running grassroots football clubs. The cash allowed the club to freeze playing subs and invest in equipment. And this particular grant scheme, which is operated by the Football Foundation, is helping many more clubs across England do the same.

Asking hard-up parents to find another couple of quid every week is becoming increasingly difficult in parts of England. In many cases, even such a modest increase in parent contributions is simply out of the question — and clubs are folding as a result.

And when a child has to stop playing the beautiful game because they can’t afford it, they may never come back. Indeed, this scenario is playing out in every part of the country. And for what? The sake of a few hundred quid a year... the cost of a 4K television?

There is another way

Regardless of your politics, you can’t argue with the fact that a fitter, healthier and engaged population is better for the country than the alternative. Childhood obesity levels are higher than ever, and this is bound to have a negative impact on the nation’s economy in the future.

There’s an economic — and logical argument — for funding the nation’s most popular team participation sport via central government. After all, regular exercise is good for our health. And the healthier we are, the less help we’ll need from the NHS. Moreover, healthy people are, in the main, more productive than those who aren’t. Subsidising grassroots football in England would be an effective use of taxpayers’ money — delivering tangible benefits for years to come.

We need to stop fighting fires, and start funding the grassroots game for the long term. If we can finally do that, the whole of society will reap the rewards down the line.